Integrating sex and spirituality in the lifestyle 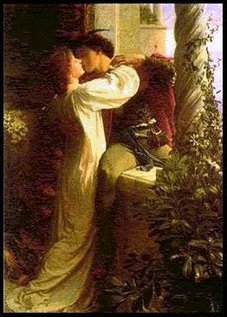 In trying to help women into the lifestyle we are increasingly aware how important personal preferences are, especially for the newcomer. Sometimes those of us who are comfortable in it become too casual.  We forget that new people are very sensitive and have to grow into it gradually. Not just women but men too are deeply influenced by the forces of attraction or repulsion.

Personal preferences are important, even for those of us who appear casual and sophisticated and move around easily from bed partner to bed partner. Our parameters have widened and our tolerance level has broadened. We have simply become more confident in our ability to move in and out of situations. But deep down we who have years of experience also have our own acute likes and dislikes. Personal preferences.

Personal preferences could be just sheer chemistry, or we could be influenced hed by whether they are college-educated and articulate. Maybe a farm worker or truck driver who likes his Saturday night beer at the local tavern would turn us off. White collar, blue collar, racial, nationality, religion, under 40, over 50, drinkers, non-drinkers, smokers, non-smokers, healthy, slim, athletic, older and overweight, straight, bi, fetish, boating interest, motorcycle, mountain climbing, skiing, football, tennis, sewing, traveling, meditation, yoga - or maybe it doesn't matter. Maybe it's a something magical or magnetic about the person and you simply want to know them better, closer, more intimately. Maybe you are just hot for them.

Personal preferences are important, we all agree, but let's move on from there and get into the real truth of why swinging works and is, in fact, growing by leaps and bounds. At least it looks that way on the internet and the media.

At a large swing convention in the '80s, I sat next to a researcher at the clubowners dinner banquet. He was doing a study on HIV/AIDs. He was there not as a participant but to explore how people were responding to this new disease threat in the lifestyle, AIDs.  He was going to write a paper. “I can’t understand it," he said to me during dinner. "Why do people continue to be active sexually with strangers when they know there is a dangerous disease out there that could kill them? It doesn’t make any sense at all. What is the draw? Why do they do it? They just roll over and do it again.”

This substantiated my own belief as to why swinging works. It’s not a mystery at all. We know why we do it. We don't talk about it. We just do it. We don't ignore our personal preferences but there's another larger reason we're doing this. Even fear of disease takes second place. In my old club with my late husband, Club Sensitivity - there were about 150 full-swap couples in the group - four or five couples decided to form a group vow between themselves that they would only have sex with each other and nobody outside of their little circle. They all had STD tests done and were clean. This group lasted about a year and slowly disappeared from view. They just lost interest in the same people. They grew bored. The need for variety was too great, and THAT is the big reason we do this.

In the conventional world we date to find that one special person with whom to spend the rest of our lives and raise a family. It is important to be selective for such an important process. But we engage in lifestyle activities (multi-partner sex) for another reason. We are not looking for a life mate. We may have sex with someone and never see that person again. Even in more intimate circles like Anakosha where we form tighter friendships and it's more like a community, still there are strangers entering all the time. That keeps it interesting, growing and spicey. Otherwise the group would die. In fact, when my late husband died, three couples took over the club of 200 couples. It was active at first but died about two years later simply because they did not think to have a seminar program which drew in new couples.

So we engage in swinging for the spice of it. It's exciting, adventuresome, stimulating. Each person probably has their own ideas, but for me I love the freedom, the sense of liberation. There is nowhere else on earth where I can be as free as I can at one of these parties. We all know that most long-term monogamous relationships grow to become non-sexual after 20, 30, 40 years. A couple who is married for 50 years is pretty stale. The oldness and tiredness is obvious. People are not meant to be shackled to one person for the rest of their lives. It’s not natural. It is often suffocating. I have seen this, oh so often. Of course, there are exceptions. I have known quite a few exceptions, too. But the sense of being owned by someone else who has the power to say "yea" or "nay" to your actions, takes away free will and the joy of discovery which life provides when one is single.

The lifestyle provides freedom to some extent, for couples who have no intention of becoming single. They are happily married and have a wonderful life, thank you very much. But sexuality has grown boring to almost non-existent, or perhaps frustrating. Sexuality is the bridge to personal growth and higher conssiousness. Sexuality is life-affirming. It is fun, and the sense of being free to move around and flirt among non-judgmental, open-minded people is even more exhilarating than the sex. (In my opinion!)

So I set personal preferences aside. That would only hold me back. I like the diversity around me. It's a very democratic way of life. So many ages, shapes, sizes, talents, and unique histories. It is a rich and wonderful culture to roam around in. So, yes, I set personal preferences aside when I attend a party. And things happen with the most unexpected people!  And I have fun. My mind set is not closed but set in the OPEN position. I strongly suggest to newcomers to practice doing the same thing. Allow for the inspired "never in a million years" encounter.  One has to have an open mind to belong to our subculture. An open mind takes you beyond the limits of personal preferences into a wide open field of stimulating people, who have the power to attract, repel or cause curiosity in you. If I restricted myself to only those within my personal preference profile, it would be limiting indeed.

So, don't get bogged down with personal preferences. You're not going to jump in bed with the first couple that comes along who says they are swingers. There are many things you'll want to know about them first. At least you should.  Plus there are four of you who need to get along, not just two of you, and that will take time to sit over a drink and compare notes.

Enter a new group with an open mind, with the intention of going slow and staying social. Get to know people. You still have your preferences but you are not going to be bound by them. You are going to meet a lot of people. Some will fit, some won't. Be patient and circle the field until it's clear to land. 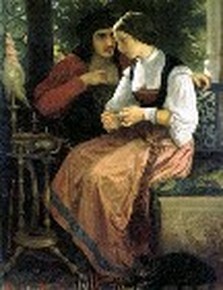 You're taking reconnaissance. As you observe the playground and its people, you will notice those who are doing the same thing as you. And you'll know several things about them, namely that they are patient, disciplined and intelligent. And you'll notice others who are being pushy and trying to get something started prematurely, before the fruit is ripe on the vine. Maybe they even approached you.

Don‘t jump when someone asks you to go to play with them until you know them.  It could be a disaster. Don't expect everybody you meet in this lifestyle to be full-blown, experienced, open-minded swingers. There are many who are still struggling to open creaky mental doors. This is a personal growth path and everyone is at a different stage along the path. Even between a couple, one may be way out ahead of the other. Be careful you don't get sucked into a situation where one of them doesn't want to be there. You need to find out. It's going to take time.

Once you've done reconnaissance you'll feel more comfortable in the environment. You'll feel more free and more clear. Now you can take the plunge when you're ready. You can engage in heavy and heated body sensations and leave it afterward without emotional attachments, unlike a cheating affair.  This is casual, lighthearted social sex.

To me this lifestyle is a step up the evolutionary ladder by several rungs. It involves a raising of  consciousness, esteem, hope, personal pride and empowerment. There is respect and sensitivity. There is stimulation from the variety of people, and intellectually we are learning more about ourselves and life. Our morals and values are often higher than those found in the traditional family unit, where possessiveness and jealousy cause frustration and depression.

Bottom line, people in the lifestyle do not have to all be on the same page emotionally in order to connect for the bedroom activity. Traditionalists have to grow into this understanding. An emotional attachment is not required, and best not to be required, for a light-hearted sexual encounter that lasts only an hour or two.

These are the esoteric subtleties within the lifestyle of sexual sharing and variety. There is much to gain and learn from being involved with liberated, fun-loving, positive-minded people from every walk of life. Having personal preferences goes without saying. We all have them. But it's like going to a university. You have personal preferences at college as to which classes you want to take, but you are still a member of a special interest group who are walking the same path you are.

Swinging itself is a sub-culture. Not everybody wants to belong to our special interest group. Only those who believe in it and have a mindset in this direction, will try to join our ranks. They will try to persuade their wife or girlfriend, or husband or boyfriend, which is not always successful but worth the effort.

Women are the ones who grace it with their presence and their YES attitudes. They're the ones who allow it to happen. And once inside a group, women will meet other women who are supportive and enthusiastic. There is a sisterhood which runs deep because they can talk about sex, love and women things. Women are encouraged to set their own parameters, say what they mean and not pretend to like it if they don't.

But of course every group is different and you learn as you go. You reach out and test the waters of trust. You learn to risk in small ways to see how people respond, and you grow in trust and love. And soon someone invites you home with them and the journey has begun.