A feminine approach to sexual freedom 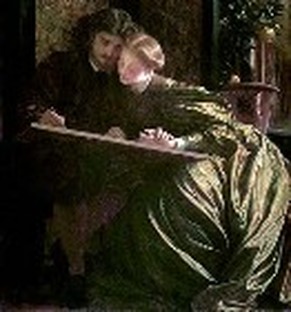 The YIN workshop will have some up-close, intimate experiences, but it won't be sexual. Arousal feelings are normal at close quarters but attendees are asked not to act on them. Self control is a large part of the yin philosophy, which is slowing down and allowing a build up of feelings.

What we are seeking to do by asserting self control is to bring the two bodies into an energy alignment so a mutual sensation can be experienced. We can only do that by teaching the aggressive one to hold back and wait for the passive one to catch up. Maybe the aggressive one is a woman. In our culture the yang person, usually the man but could be a woman, tends to jump into action at the first signs of arousal without waiting for the passive one to build up her or his arousal. It is the accepted custom.  Anyone with a strong sexual vitality acting like Tarzan - or the female equivalent - draws laughter of appreciation. But acting sexually aggressive without consideration for the other person is something done in primitive cultures in the first stages of evolution. As a society becomes more enlightened and refined, its citizens become more aware of the spiritual-sexual fires within.

When we speak of the fires within, we are speaking of something most people don't know about. Within the pelvic region is a powerful etheric energy called the Kundalini in Sanskrit. In English it is known as the Holy Spirit.  It is the "OMG" power behind the orgasm. This knowledge has been hidden from the masses since the earliest of times. It goes way back beyond written records. Extremely esoteric, the fire of Kundalini or the Holy Spirit, if you prefer, has been relegated to the mythic or mystical, but it's very real and we're hearing more about it today. The Kundalini is the electrical ground for the spirit which runs through the body through tiny conduits called meridians. The kundalini is the anchor, the crux of the matter, that keeps our spirit in the body. It's the first chakra, if you know anything about chakras, and it's the densest chakra of all, which is why it feels so good when we get close to it sexually. There is vast information on this subject so beware. Don't get lost in the research.  Basically, kundalini is excess spiritual electricity that builds up in the body that didn't get grounded. It is designed to travel down the legs into the ground just like any electrical ground. But we have not learned about this so the fire builds up and is felt as sexual pressure needing release.  Without release we go crazy and explode in violence. With regular sex, it is released but with further instruction, it can be tamed and utilized with remarkable results. It is a transcendent spiritual energy compacted tightly into the coccyx (tailbone) at the geometric center of the body. It's the same power as what germinates a seed. Sex is irrevocably tied to this tremendous force, both negatively and positively. Loving intention causes beautiful experience and so we approach it gently, reverently and with great respect.

Wait for your partner to catch up

A knowledgeable lover trained in the arts of eroticism, will wait for his or her passive partner to feel arousal sensations. They can help it along with gentle attention but not with hard friction rubbing, which forces it ahead of its natural flow. The more knowledgeable of the two knows from sensation when his lover's fires are starting to ignite. Bliss sensations are triggered. It can be felt. There is a connection. It is a different sensation than the horny feeling of sexual pressure that needs release. The male energy is electrical in nature (pushing out), while the female energy is magnetic in nature (pulling in). The bodies seek balance through union. Traditional sex is under yang control; even women can be more yang in bed than a man. But when one waits for the other, and both paddle in the same rhythm, the sensation is of a different nature. It is blissful and transcendent. It can be trained to expand up through the whole body for a whole body experience. In same gender couples there is also a male electric and a female magnetic. When one waits for the other and arousal is mutual, it fills the body with pleasure. With training it can throw a couple into another dimension beyond the physical. Tantra teachers are trying to teach this but it is not easy. Couples attend workshops but then go back home and resume old habits.

Each person's spiritual life force is anchored in this tight little compacted ball of energy in the tail bone like a bomb. But the fuse must be lit in order to feel it. Many people (woman) have closed it off tight as a drum. So what can be used to light the fuse?  Love. Conscious thoughts, feelings and intentions of a loving nature. In most people Kundalini is closed up like a flower in winter, and like a flower bud it needs kindness, love and warmth to awaken it. Then like Sleeping Beauty it begins to move and stretch and start to wiggle. Its natural home is on the higher planes. It is spiritual. It is a heavenly energy. We have all had a taste of it through the orgasm or related arousal feelings. That's what Kundalini feels like. It is holy. Lighting the fuse of holy heavenly love in sexual union requires actively applying love, kindness, appreciation and adoration. That kind of thing. There is a common belief that women need to fall in love before sex. That is untrue. Women need to feel love moving through their meridians. It is an energy that is usually not moving so they are cold to begin with. We in our culture have a lot to learn about sex, love and intimacy. Sexual arousal is the movement of this huge love being invited to move out of its compacted home in the tail bone and through the meridians that run everywhere through the whole body. It's distinctly pleasurable, and there is a skill beyond friction rubbing in knowing how to induce it.

Many women over the ages have not experienced sexual arousal because of the man pushing the fast forward button too soon and leaving her behind. I have seen this up close and often. Not all women give in to the needs of the more powerful male and abort their own arousal, but a lot of them do. Not that they don't enjoy the sex play, but they don't reach their sexual peaks (make it to orgasm). In the case of a woman who consistently presses the fast forward button, her man is likely to slide into impotency because he is unable to keep up. He is being shorted out and unable to build the fire within. I have seen this too. But it's mostly women who are being short-circuited. The female nature is to be a receiver and supporter. She will sacrifice her own pleasure to support a loved one, and in the bedroom many women have become experts at faking it.  One of the goals of the YIN workshop is to become more sexually honest. Both genders need help in this department. It's not just reining in the yang person, but helping the yin people to stop pretending, "Yes, it was good for me too!"  The person who sacrifices her or his own sexual fulfillment (spiritual integration) for the benefit of another is prolonging the illness of imbalance. We all need the women to become more sexually empowered (integrated) since it is tied in with their liberation. Also the men who have become disempowered need to be liberated from their impotency. When a person starts having orgasms on a regular basis, they start feeling more confidence and empowered with their life. Women hold the key to transforming the world, not men.

In the YIN workshop we ask everyone to slow down their whirling minds and put their aggressive nature into neutral. The yang side of all of us is our impatience for action.  The male in us doesn't want to sit still. It feels the need to take charge. But everyone also has a yin nature. It might be hard to find, but it's there. It takes will power to stop the chattering mind. We will start the workshop with a guided meditation to help everyone slow down their minds which, theoretically, everyone is going to be willing to do. In many of us our mind spins faster than the world around us, which gives us the feeling that time is speeding up. If we slow down the mind we will find time slowing down. While the mind can't seem to find peace in its fast mode, the body doesn't much care. The body continues working day and night no matter what the mind does. It lives in another dimension. The body is in YIN mode most of the time, very loving, very supporting of the spirit within. The heart continues to pump, digestion and elimination continue, the hair and nails grow, the lungs breathe, cells keep birthing and dying, hormones keep producing and all in a peaceful and loving way. So that's where we are going to go - down into our bodies. Down in here we can feel different sensations. It's quite intimate, and it's quiet and safe here. Most people would rather take drugs or alcohol to stop their whirling minds and find peace, but it's easier to simply go down into the body. And in a way that does not dull the senses.

Strengthen the mind of Yin, strengthen the heart of Yang
​
The person who is predominantly Yin needs to strengthen their mind. They are too heart oriented. Take self-improvement classes that require an intellectual focus. The person who is predominantly Yang needs to strengthen their heart. They are too intellectual. Take yoga, tai chi, chi gong, rebirthing - any class that requires getting into the body. In each person, Yin and Yang need to be brought into balance. Yang is strong and propels action, which is good, we all need action in our lives. But Yin is what gives value to action. Too much Yang causes the ego to go out of control, becoming selfish and uncaring about others. Yin helps to balance that tendency. Volunteering to help others is a good way for a Yang person to cultivate more Yin. But when a person has too much Yin in them, they become emotionally vulnerable and easy to persuade and control, causing them to be used and abused. Doing something Yang'ish would give them some stability and solidarity. We need both Yin and Yang in our lives to keep us happy, prosperous, creative, and excited about life.