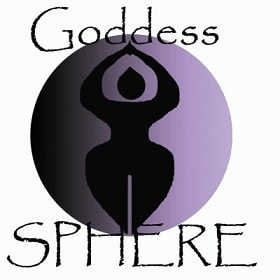 Kundalini in the Goddess 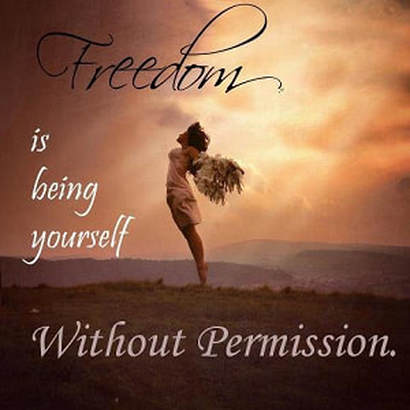 This morning I woke while still engaging in a dream. In the dream I was in the superior position, sitting on my husband who was beneath me. We were in the lovemaking position. He was guiding me mentally, I could hear his encouragement in my mind. I was undulating as I came to consciousness. My whole body was undulating like a snake with a power running through me. As I woke I heard the words, “There is a power in the female body that is not available to the men.” The words played over and over in my mind. I continued undulating as I came more awake. I was still in the throes of the powerful movement. It was a familiar feeling but in a different way, not like what I was used to. This was kundalini from the bowels. I've never felt it like this before. It was never down in my abdomen like this. There was a deep abdomenal sucking going on. It was similar to the Keegle exercises that I learned from the book on Tao internal exercises for women.

My sister had learned the exercise from her guru but in the context of breathing, not sexual. I remembered doing something like this as a small child around 5 or 6, not sexual but it was kind of a memory perhaps from another life, where I churned the muscles on the exhale, sucking upward. George Adamski had also spoken about it in lecture, and had used the word "kundalini" in a writing once. It's strange how things start falling into place.

As the motion continued, I looked out the window and I saw the sun rising over the trees. It was huge, much larger than normal, and it was smoky red, as though it were eclipsed. But around the edges, the brilliance of the sun was starting to appear, not as an eclipse moving sideways but shrinking toward the center. As I continued undulating, the motion continued sucking and pulling upward, the dark smoky red in the sun grew smaller and smaller. I kept undulating with a powerful rhythm, rocking, sucking and pulling upward as I came to full wakefulness. I lay there for a long time awake, and the movement continued to undulate. I realized that the power was coming from the sun. It was pulling the power up from the earth right through the center of me, causing this powerful undulation like a snake. There was no sexual feeling to it, just a powerful contraction and letting go. It was like a pump. A birth? Birthing the Goddess?

When kundalini awakened in 1976 the first time, I felt the power then but it was spiritual, blissful, out-of-body. I went up and out into space. Now, 42 years later, it’s down there in my abdomen and lower. The contractions are so rhythmic and solid and powerful, almost masculine in strength. I never felt this before. Am I finally lowering the spiritual to connect with the Earth? I’ve always been a “space case” as I used to describe myself. I've been studying esoteric literature for clues, hints, and descriptions of how spiritual power is held inside the body and where. I know that there is a golden etheric network running through the body but I never felt it before like this, physically.

In the last few months I have been living, breathing, anticipating the goddess gatherings of women. I’m just waiting for the divine right time to launch it into action. The words during the dream were:  “There is a power in the female body that is not available to men.”  I am convinced I have re-awakened the Goddess Kundalini again. Yesterday I read one of my old journals from the ‘70’s and was reminded once more of the feelings I had back then. It was definitely a feeling of love, of bliss, of peace, of oneness. A feminine power. Now I can feel it again, but this time I feel it physically. It is love but different from what a man thinks of as love. I am sure it is the same love in both genders, but man sees it through mental eyes and labels it "love", where women “feel” the love inside them in this awesome way that is difficult to describe.

It is difficult to describe love. It is a feeling. Brains don't feel. It is not their role. My sister gave me the word “kundalini” at the time, for she had learned it intellectually. But when it awakened in me I didn’t understand with my intellect. It was an experience that I was immersed in from head to toe. I was awash in the feeling of this thing, whatever it was called. I could only feel it. I couldn’t intellectualize about it. I couldn’t talk about it easily to my husband because I was too absorbed in the subjective experience. For years after the only thing I could do was write about it. And make love. My body was enjoying it but my intellectually, I was way behind. I just went along with it. For the last 42 years I have been slowly researching the subject.

I read and read and read and read. I studied ancient writings and discussed it with my spiritual guides. And I wrote about my experiences continually, and there were many visions. I posted my experiences on line on Anakosha. And the more I shared my experiences, the more insight I received. The galactics helped me. The channelings from more advanced off-world planets, dimensions and planes. The downloads kept coming and coming and coming in flashes of insight and revelation. I have found - for the benefit of the reader - that sharing personal stories keeps the door open for the flow. The Goddess love keeps coming in. It is important to share stories with each other. It is the connection with the Goddess love in other people that increases the love in the world. Sharing stories of mystical, magical, higher dimensional or out-of-body experiences unlocks the padlock on the door that keeps the feminine frozen, frigid. The Goddess, also named Kundalini, has been locked up in a male-dominant world for eons of time. It's a mental world which has ridiculed feelings, emotions and imagination, all of which are higher spiritual planes in which the human being exists and breathes. Women understand; men don’t. I write my stories to share and validate what love feels like from a woman's perspective. A woman knows these things but their brains do not have the words to explain it. The human race has never experienced the Goddess like this before. I think it did in ancient times. I mean really ancient, like before records were kept. There are signs that point in that direction. But in modern times, we have no past history to compare this to.

When the Goddess Kundalini awakens, the body knows what to do with it, but the person herself has to be open-minded and accept it. She has to agree to receive it and to allow the power to flow through her. Allowing it without question is difficult. I questioned it at first, when the first signs began to stir.  I wondered if it might be a demon taking me over and making me do things. But the feelings of extreme blissful love (I’ll call it love) persuaded me that it was good. And so I set aside my doubts and surrendered to the unknown. I said mentally to the power, “It’s OK. You take over. I will step aside. Do what you need to do and I won’t interfere.” And then the movements began.

The second activation took place a week after the first one. I waited until my sister left. She had been visiting my husband and me for several weeks. As a yoga teacher she was guiding me through a meditation when the initial activation took place and I went out of body. I’ve already written about it. It is posted HERE. When the second activation took place, it was 10 days later. I was holding it back. It was building up in me but I held it back waiting for my sister to leave so I could finally be alone. The feeling was like a longing to return to a secret lover. I SO wanted to go back and feel it again. After her plane took off, I virtually raced home (with my husband) and went out on the patio and stood quietly in the sun. It was in Costa Rica where we lived. I had no idea what it was going to do for me or to me. All I knew was it was calling me. I had to open to this thing. It was like a person - a person I couldn’t identify. It was a date and I was late. Standing still in the heat of the day, I felt the sun come down into my body through the top of my head. And I felt the earth come up through my legs. I was barefoot. And I felt these two forces swirl together and my body started moving on its own accord. That day it took me into a frenzy of movements. It was a purging of toxins. I could literally see old dead energy fly off my fingers. But over time the movements became graceful, like tai chi movements, though I never took a class in that exotic art form.

It feels to me as if I am entering a new stage in my life. I am an elder. Quite old, actually. But I am finally connecting the Goddess to the kundalini which I know so well. I am starting to understand it. Kundalini IS the Goddess. I can own it now and stop feeling it as something separate. Kundalini is a "she". She has been slowly preparing me to accept the wonder of the Mother God that lives in me as reverence, love, adoration, bliss, other-worldliness, the peace that passes beyond understanding. This new chapter is not about me, it is about assisting other women to claim ownership of their divine feminine. It starts by talking and sharing, meeting and gathering, revealing the truth of the heart within. For women DO know her. Kundalini, the Goddess of Love, lives, moves and breathes in each female body. Gathering together will be a powerful outpouring of divine love for the world. The Goddess lives in women and she wants to express her love through the bodies and behaviors of the women.

This powerful force is the yearning and the longing for love that exists in every woman and every man. But we've made the mistake of seeking fulfillment in another human being. No one else can provide that ultimate completion. It can only be found within. Goddess Kundalini is magnificent and I am humbled whenever she activates and I feel her, as I did this morning. It is time start telling the stories about her. It is overdue. Knowledge is needed. New words are required. We will start by gathering the women together and start sharing what we know with each other. I will keep writing about it. I think I'm transferring my blog over to the Goddess page.